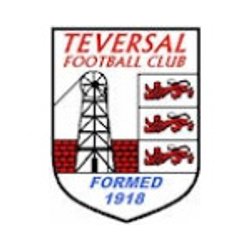 The Tevie Story So Far...
After a long history of football at Carnarvon Street supporting the local mining community dating back to 1918, under various names including Teversal Miners Welfare or Teversal & Silverhill a long-playing history of football to a high level included playing in the FA Cup. The football side of the complex became run down and it was only down to the hard work of Sam Slack in the 1970’s and early 1980’s that football continued, under the banner of youth football.
Senior football returned again in 1986 under the name of M.W. Teversal. The closure of Teversal Colliery followed by the Miners Welfare in 1989 saw what some claimed was the final nail in the coffin by the closure of Silverhill Colliery that lead to a steady decline of the site. The period of uncertainty saw action taken with Ashfield District Council taking over the Trusteeship of the complex in 1989, with the name changing to the Teversal Grange Sports and Social Centre, hence the name changes to Teversal Grange F.C. The name was changed again at the start of the 2000-2001 season to the current name. There is currently uncertain times as the Trustees look to finding a working situation as they have allowed the sites income stream to diminish. But we continue to develop and look to leave a legacy not another derelict site.
From the uncertain times, which saw the club running just one Senior team, the club's strength has grown to have two Senior teams, Youth teams right through the ranges from Under 7’s to 16’s, along with training sessions for 5-year olds. A return to national competitions is a mark of how the club as developed, F.A. Vase 2003-04 season, F.A. Youth Cup 2004-05 season and the big one the F.A. Cup 2005-06 which was gained after winning promotion to the Northern Counties East League from the Central Midlands League. However, the Football Association changed the entry criteria for the 2009-10 season for the FA Cup and unfortunately this meant exclusion from the competition for a number of step 6 clubs including ourselves since the 2011-12, with the exception of the 2012-13. Our first season in the East Midlands Counties League in 2017/18 saw a third-place finish and missing out on winning it by only two points. That was an achievement that reached the standard that allows them to return in the World-Famous FA Cup competition for this season. With the current criteria, it looks like that will be our last entry for a while.
2012-13 season saw the club make history again when the introduction of our first ever Ladies side, which bettered all expectations, runners in the Nottinghamshire Girls & Ladies League, League Cup Final runners and County Cup Semi-finalist, saw promotion to the East Midlands Ladies League. After a couple of difficult seasons, the Ladies have now returned to the Nottinghamshire Girls & Ladies League for the 2018/19 campaign. We now have a Under 12’s Girls team and looking to add further teams through the club’s support of the FA Wildcats program.
Honours wise in the short term history, the club has gained promotion through the National System without winning a league, and the most recent success was a being finalist in the 2007-2008 Northern Counties East League Wilkinson Sword Trophy, which goes with our runners up berth to Hucknall Town of the Unibond Premier League in the Notts Senior Cup Final at Meadow Lane, losing 2-0 in April 2003, marking the 2002-03 season as one of the best seasons in the clubs history.
But the story continues and the aims of the club remain the same, and it’s hoped to reward these efforts with some senior silverware for both the men and ladies, along with the continued success within the club’s Youth Section. Recent successes of the progress of players into the professional game are Ryan Williams (Mansfield Town, Tranmere Rovers Chesterfield, Hull City, Bristol Rovers, and Aldershot Town), Jake Buxton (Mansfield Town, Burton Albion, and Derby County), Dave Kettle (Notts County) and the most recent being Danny Fletcher (Mansfield Town) and Jason Law (Mansfield Town). With numerous players that have progressed to Academies but unfortunately not made the grade.