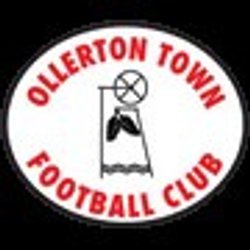 Ollerton has a long history of local football going back to the late 1800s. One of its best periods was immediately before the Second World War when Ollerton Colliery won the Notts Senior Cup in 1937/38 and its reserve team won the Notts Intermediate Cup the year previous.

In 1930, a side called Ollerton Forest defeated Welbeck Athletic 3–0 in the North Notts Senior Cup final at Mansfield Town's Field Mill stadium. This is believed to be the first competitive football game in England to be played under floodlights and more can be read about it here.

Ollerton Colliery ceased as a football club in the early 1980s but was reformed as Ollerton & Bevercotes F.C in 1988. The club won the Nottinghamshire Football Alliance Division Two championship in 1992–93, gaining promotion to Division One under the management of Adge Owen and David Kent.

Following the closure of the colliery in 1994, the club changed its name to Ollerton Town F.C. In the same year, Ollerton were champions of Division One in 1995–96 and were promoted to the top division of the Notts Alliance. After finishing runners-up in 1999–2000, the club was promoted to the Central Midlands League[1] and entered the English Football Pyramid.

In the 2007–08 season, Ollerton, under the management of Don Gethfield, David Kent and Anthony Thompson, the club won the Central Midlands Premier Division, earning promotion to the Supreme Division. That season they also reached the Nottinghamshire Senior Cup final where they were beaten 2–0 by Eastwood Town.

After the resignation of Don Gethfield back in 2011, and a brief stint under Paul Rawden, the club appointed Dave Winter and Stephen Bodle as first team managers. The pair guided the club to the Central Midlands Floodlit Cup final in their first season.

For the 2011–12 season, the club was placed in the Central Midlands North Division following a league restructure.

In the 2015–16 season, with former-captain Jamie Allan now also on board as first team coach, the club secured promotion to the Northern Counties East League after finishing runners-up in the Central Midlands North Division.

After several seasons in the NCEL Division One, Ollerton Town were moved laterally into the East Midlands Counties League for the start of the 2020-2021 Season.

The club's ground is situated on Walesby Lane in Ollerton. Previously referred to as "The Lane", in 2018, the club announced a sponsorship deal with Nottinghamshire company FastFrameUK which saw the window and door retailer secure the naming rights of the ground,

The ground was previously shared with Ollerton Cricket Club up until the start of the 2018-2019 season when the cricket club sadly folded.

There is a small pavilion playing host to the changing rooms for both teams where post-match hospitality also occurs.

The pitch itself is floodlit and has two large stands running down two ends to provide cover for spectators. The two sides of the pitch with stands also have hard standing in keeping with the ground grading required for Step 6 football.

A small porta-cabin behind the pitch offers refreshments for visiting spectators with a variety of drinks and snacks on offer.

One side of the pitch backs on to a row of near-by houses and it is on this side where two large, brick built dug outs have been constructed with seats in to keep the players and management dry. Each dug-out could easily hold around 8 players/staff.