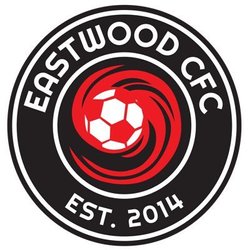 As Eastwood Community Football Club enters it's sixth year as a club we are enormously proud of what we have achieved.

For the past 3 seasons we have operated out of a new “state of the art” 3G Stadia, at the newly named Pro:Direct Stadium, up there as one of the best facilities in the Midlands. This is allowing us to develop our players and teams at grassroots through to the first team and beyond. It allows for all of our training sessions and games to be played, as we are not be relying on a grass surface and the problems this can bring due to the ‘British weather’ during the football season.

The 2014/15 and 2015/16 saw us finish in the middle of the Central Midlands table, however moving forward to the season 2016/17 we improved our management structure with Jez Corthorn and Jonathon (Toddy) Wass and background staff moving across en mass.
We started this season well with a full, ambitious pre-season programme, and we saw some impressive results and more importantly, some superb signings. This all culminated in a second place position behind Selston, missing out on promotion by a point.
2017/18 season saw Jez move ‘upstairs’ as general manager and the introduction of Dave Marlow as manager/coach. Dave bought with him some more quality additions to the club, giving more competition for places. These additions were crucial as the first half of the season saw us through to the 2nd round of the FA Vase, the third round of the County and league cup, as well as challenging for promotion.
Promotion was achieved in the last game of the season against Sherwood Colliery who had held top spot since Christmas.
In addition to the main first team, we have the development side currently playing at step seven in the Nottinghamshire Senior League, and several younger teams whose players aspire to be in the first team. We were well supported in a difficult run in by the reserves who themselves won their league and cup.

Season 18-19 saw us have an excellent FA Vase run, but for a variety of different reasons, it was decided by the club to have a change in First Team management. James Jepson was introduced in February 2019, we finished 6th last season and its hoped that James, his management team and players can finish as high in the league as possible this season 2019-20.

Off the pitch, the club has a thriving club house with two superb function rooms that are at the heart of the community.

"We're a club like any other that want to progress through the leagues, but we also pride ourselves on our rapidly growing and expanding football development plan where we aim to bring the community together at all ages and abilities. We hope that you will join us in our exciting football adventure” Jamie Bennett – Chairman