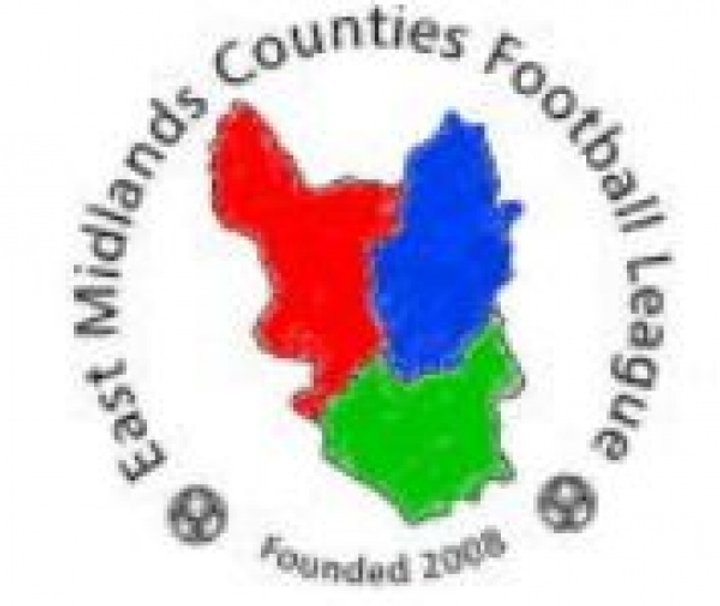 ST ANDREWS continue to lead the table and their 5-0 win over BARROW TOWN confirmed their four point advantage. Tom Downing gave them a fourth minute lead and further goals from Toby Warner, Leon Doughty and another from Downing gave them a comfortable advantage by the break. Warner added a second almost immediately after half time before the Saints took their foot off the gas.

HOLBROOK SPORTS got over their midweek slip by thumping GREENWOOD MEADOWS 5-1 at Shaw Lane to move up to second. Matt Harris started the ball rolling in the 16th minute and further goals from Jake Dodds and Vaughn Hallsworth saw the interval advantage commanding., Dodds went on to complete his hat-trick in the second half with Jerome Barracks getting a consolation for the Greens.

ASHBY IVANHOE dropped down to third place following their 3-0 defeat to ARNOLD TOWN at Eagle Valley. Jim Price gave the Eagles the lead on the half hour, and two goals in the last ten minutes from Warren Hatfield and Richie Royes completed the victory.

SOUTH NORMANTON ATHLETIC went down by the odd goal of five on their visit to HOLWELL SPORTS who are starting to put some consistency into their season. Shane Newton scored the only first half goal giving the Shiners half time bragging rights. But Scott Mooney and Graham Wells reversed the score line early in the second half. Newton restored parity on 78 minutes but Mooney had the last say with Holwell’s 86th minute winner.

ANSTEY NOMADS moved out of the bottom four with a 3-0 home win over managerless BORROWASH VICTORIA who have more than form on the field to contend with at the moment. Joe Hartopp opened the scoring after ten minutes; Darren Taylor extended things two minutes before the break and Hartopp got his second goal of the game in the last minute.

Improving RADFORD suffered their first defeat for a while at ELLISTOWN & IBSTOCK UNITED where Tom Rowell put the home side ahead in the first minute. He added a second on the hour before Hemagou Kevin cut the lead on 71. Within a minute, however, Jim Smith had opened up the two goal gap and confirmed the 3-1 win.

RADCLIFFE OLYMPIC are finding things a struggle this season and went down 5-2 at GEDLING MINERS WELFARE. Ken Reeves gave them an early lead which was cancelled out before half time by Luke Stanley. Mitch Stevenson put Gedling ahead for the first time two minutes after the interval and Matt Gamble leveled it up again with ten minutes left. But not for the first time this season Olympic went to pieces in the last few minutes and goals from Jack Hopper and a brace from Ricky Law gave the Miners three points.

Another club finding things tough are GRAHAM STREET PRIMS and they went down to another big defeat this time at home to BARDON HILL. Ryan Pearce and Dan Chatfield had the visitors two goals up inside the first fifteen minutes. Toby Howard got one back for Prims only for Steve Hart, Rich Hanslow and Andy Fell to complete a nap hand for the Quarrymen.

The only draw of the day was at the Stag Ground where Liam Honeyman’s 69th minute equaliser for KIMBERLEY MINERS WELFARE cancelled out Joe Preston’s 34th minute opener for BLABY & WHETSTONE ATHLETIC. Jordan Stevens gave STAPENHILL a good start in the eleventh minute and Jamie Disney added to the score twenty minutes later.

Keaton Towers pulled one back for AYLESTONE PARK on 71 minutes from the penalty spot but Stapenhill held out for the points.