Around the Counties with Stan Wilton 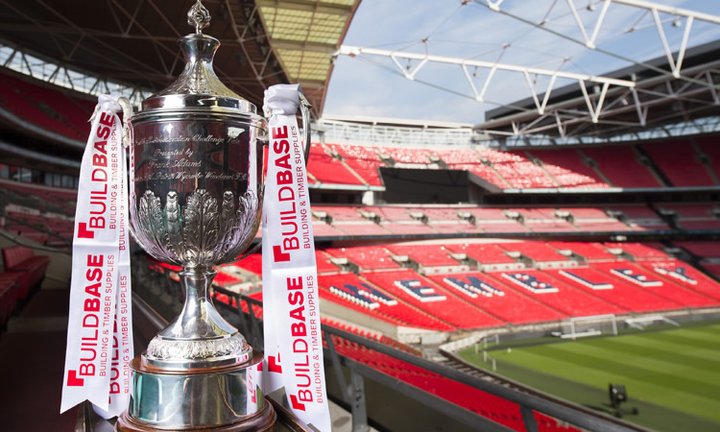 AROUND THE COUNTIES
By STAN WILTON
One has to go back a long time to find the last occasion when Gresley FC/Gresley Rovers were knocked out of the Derbyshire FA Senior Cup at the first round stage. Goals from Oliver Grimshaw and a Michael Fitzhugh penalty in the first half hour ensured GRAHAM STREET PRIMS would rise to that particular occasion last Tuesday evening.

Saturday’s games were mostly about the FA Buildbase FA Vase Second Qualifying Round, and it was certainly a good day for our clubs with only Rainworth Miners Welfare, Clifton All Whites and Shirebrook Town losing. RAINWORTH MINERS WELFARE put up the best fight losing by the odd goal of five at NCE front runners AFC Mansfield. In doing so they had to play for more than an hour with ten men after Jermaine Palmer was red carded, but it didn’t stop them taking a two goal lead. Callum Lytham opened up the home defence after nine minutes and three minutes after the sending off Declan Brewin doubled their advantage. Mansfield got back into the game in first half stoppage time through Jordan Annable and levelled things up through leading scorer Ross Duggan eight minutes into the second half. Rainsworth’s titanic struggle finally gave in eight minutes from the end when David Corder put the home side into the First Round Proper.

Rather more clear cut at Quorn though where the home side from the UCL Premier saw off visiting SHIREBROOK TOWN 5-0.

Two of our teams live to fight again, and both will have home advantage. Josh Scully put top Central Midlands League South side Clay Cross Town ahead in the first minute, but goals from Tony Law just before the break and Aaron Large midway through the second half looked like sending GEDLING MINERS WELFARE through until Grant Mitchell struck two minutes into stoppage time to send the teams head to head for a second game.

There is also a replay next Thursday for INGLES after Laithan Hammond levelled things up with seven minutes left on their visit to Loughborough University. The Students had gained a tenth minute advantage through Thomas Iaciofano.

I make no excuses for taking our numerous successes in home team alphabetical order.

Firstly BARROW TOWN saw off Step 6 side St Andrews in a five goal thriller at the Riverside. A goal from Sam Moore and one from Jack Green gave the home side a solid start until a visitors fight –back led to a tense last few minutes with Barrow hanging on 3-2.

First half goals from Robbie McNicholas on twenty minutes and a Josh Barr-Rostron penalty eleven minutes later were enough to see KIMBERLEY MINERS WELFARE through on their visit to former EMC side Blaby & Whetstone Athletic.

It turned out to be a rather easy passage for SHERWOOD COLLIERY who won 5-0 at their Central Midlands League South neighbours Blidworth Welfare. But they didn’t break the deadlock until two minutes before the interval when Ethan Wiesztort scored. A second followed eight minutes into the second half from Jimmy Adcock and the other three, from Lewis Weaver and a brace from Klarke Greenham arrived on 87 minutes and in stoppage time.

One of the best wins of the day was achieved by HUCKNALL TOWN who won 2-1 at Bourne Town. Jamie Crawford put them in front on 18 minutes but Reece Driscoll levelled for the home side seven minutes later. With the game heading for extra time Aaron Short put the visitors into the hat for the next round with eight minutes left.

Second half goals from Tyrell Shannon-Lewis and a Sean Green penalty gave DUNKIRK a 2=0 home victory over Anstey Nomads.

HEANOR TOWN had to come from behind to beat Birstall United in a hard-fought game at the Town Ground. Jake Robertson put Birstall in front with their only shot at goal in the first half on eight minutes. Jamie Sleigh levelled on 21 and skipper Shaun Roulston’s header from a corner in first half stoppage time put Heanor through. If Birstall had shown a little more composure in front of goal in a second half they dominated in spells, the result might well have been different.

Last season’s EMC champions Selston were back on former territory and not having a very good day at all. Tim Hopkinson’s third hat-trick of the season served to destroy them before late goals from Jordan Wheatley and Ryan Whitehurst put the seal on a great 5-0 victory for WEST BRIDGFORD.

Three league games were played and GRAHAM STREET PRIMS made it a good week as they kept a clean sheet for the second time in winning by the only goal of the game at CLIPSTONE. Michael Fitzhugh got their goal in the 33rd minute, but the task was made harder for Prims after Elliott Dawson saw red as early as the seventh minute leaving them to soldier on with ten men for most of the game.

The season doesn’t get any better for BORROWASH VICTORIA. A hat-trick in the first 29 minutes but visiting RADFORD on their trip to Spondon. The Vics then proceeded to make a game of it and Lewis Patrtidge got a goal back on 57 minutes and Liam Woods narrowed the game even further ten minutes from the end. But a 90th minute strike from Scott Litchfield ensured that Radford took all the points back to Nottingham with them in a 4-2 scoreline.

It took an 88th minute goal from Ash Dhinsa to break the deadlock and give BELPER UNITED their first win of the season against EASTWOOD COMMUNITY.

 AROUND THE COUNTIES By STAN WILTON Midweek Action to 19th September